Thank you for your patience while we retrieve your images.

Visitors 320
Modified 27-Jan-15
Created 4-Sep-12
73 photos
As an adopted child, I’ve always felt a strange affinity with and affection for bastard works of art that arrive into the world unintended.


One of the most striking examples that caught my eye in my everyday life are the wild collages that occasionally pop up on the walls in New York’s Subway stations.

These unintentional works of uncertain DNA exist beneath the glossy advertisements that line the subway station walls.


Unlike their showy brethren, these complex and fascinating creations have been blindly crafted via a collaboration of time, paint, decay, successive advertising posters, artists and vandals. They sell nothing but abandon.

Between September 2012 and June 2013, I visited each subway station multiple times in New York City's five boroughs to document the works collected in this series.

This was a journey of self-discovery fueled by an interest in abstract beauty and a desire to preserve ephemeral works that are quickly painted over, plastered with new ads or eradicated altogether as subway stations are renovated as part of a system wide upgrade plan. 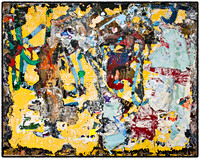 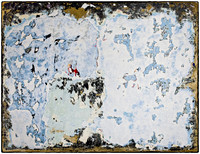 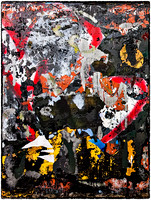 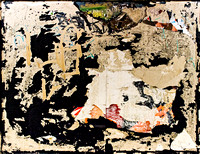 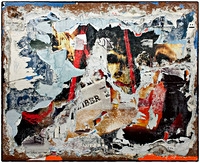 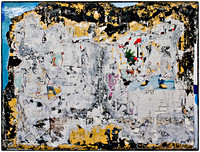